“Political language is designed to make lies sound truthful and murder respectable, and to give an appearance of solidity to pure wind.”

“But woe unto you, scribes and Pharisees, hypocrites! for ye shut up the kingdom of heaven against men: for ye neither go in yourselves, neither suffer ye them that are entering to go in.”

“In the end we shall make thoughtcrime literally impossible, because there will be no words [or Medium] in which to express it.”

Another absolutely clear example of the present (MSM):
The “Messiah” series writers/producers, etc., precisely managed to make the main focus that of a dedicated CIA officer, not one of the possible or likely Messiah. How far will some (of them) go to manipulate, manufacture, and control? This far:

Messages Imparted:
The entire world is within the business of an altruistic Deep State.
Any Messiah-type will be confronted with jail/torture (sound familiar?).
Performing miracles and moving multitudes with (or as) The Word will be “[re]classified” as (domestic or international) threats/crimes.

And as he said these things unto them, the scribes and the Pharisees began to urge him vehemently, and to provoke him to speak of many things: Laying wait for him, and seeking to catch something out of his mouth, that they might accuse him.

Right off the bat, Richard Eskow sets up a MSM cover, deflection, and downplay article: “Aren’t there better things to argue about?  As it turns out, there are.”

Aside from this “play/write it safe as possible” PR blather, in relation to Donna Brazile and ongoing corruption within the DNC, this whole related context demands “things to argue about” – vehemently, but not in the MSNBC/CNN-style of Scripted/Pre-approved Talking Point Presentations – fulfilled upon Staged Productions.

Prime Example:
“And she’s quick to pronounce the DNC innocent of actions, including her own, that are . . . widely known.”

Right there, we have a bottom line, a core, and the overriding Truth.
Yet, he immediately follows this up with two sentences which destroy his and the article’s entire credibility:

“Still, Brazile is right on the particulars.  And it’s hard not to admire her courage, book promotion or not.”

Just literally sickening: “it’s hard not to admire her courage” – while discounting the PR campaign for a Book Tour ($1 million dollars profit?).

Further Acts and Scripts – In The Name of Jesus Christ and God:

Quote: “As a Christian woman I understand persecution, but I will not stand here and be persecuted because your information is totally false.”

Next: “Don’t re-litigate the past.”  “This time around, I couldn’t agree more.  Let’s litigate the future instead.”

Yes, “We must look forward, not backward.”  Wait!  That sounds so familiar!  And, did that mentality help us to right so many critical wrongs that were done on the world stage – thus, actually enabling them to exponentially propagate?

Then: “A reformed Democratic Party should” blah blah, blah = As If!

Why “As If?” For one among multitudes:
“The DNC picked a bunch of sleazy lobbyists as superdelegates, can’t figure out why no one is donating.”

Within Controlled confines, nothing will change – beyond reworkings of Scripts, Narratives, Presentations, and Staged Productions. 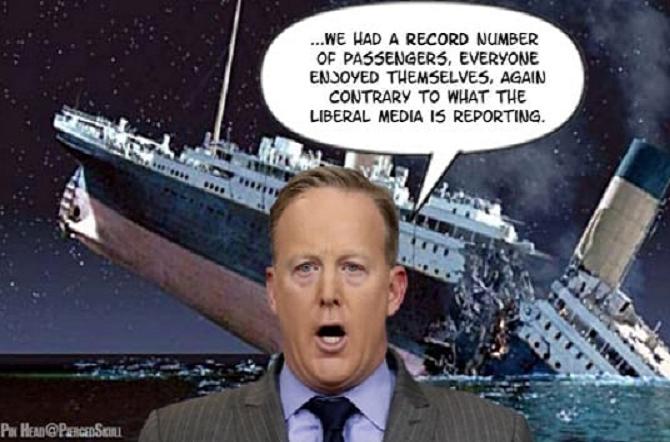 Look (10/19):
Trump speaking to reporters as Puerto Rican governor Ricardo Rossello looked on. “I would give myself a ten,” he said.  “We have provided so much, so fast.”

A Step by Step Production:
“today and tomorrow we use” – “Monday and Tuesday we can pivot” –
“throughout next week and next weekend” – “Then we start a theme”

Ask:
At what (scripted) page of the Production are we on?

Consider again:
How much of what I see, hear, and read is . . . Controlled?
To what extent?  How far under do those Narrative tentacles feed?
How long has this been going on?
And, what more does this “Leak” actually tell us?

Then, don’t be surprised by an eventual Final Act Production Note:
“Planned hits.”

And know:
The aide said that guys like me were ‘in what we call the reality-based community,’ which he defined as people who ‘believe that solutions emerge from your judicious study of discernible reality.’  […]  ‘That’s not the way the world really works anymore,’ he continued.  ‘We’re an empire now, and when we act, we create our own reality.  And while you’re studying that reality—judiciously, as you will—we’ll act again, creating other new realities, which you can study too, and that’s how things will sort out.  We’re history’s actors . . . and you, all of you, will be left to just study what we do.’

In a series of Narrated Setups: First, Star Chamber interests decide what directions and actions are needed to fulfill what has been chosen for implementation.  Next (after successful steps), many months (or even years) beforehand, they dispense Talking Points to concerted operatives, pliable/collusive publications, and fronted or “reliable” “news” sources.  Then, the people are (sold) “informed” incrementally as to what is inevitably upcoming.  Thus, under the guise of Facts simply being reported, it works (exceedingly) as a well-timed machine.

Eve of the Great Decline

Newt Gingrich: Obama May Hold ‘Kenyan, Anti-Colonial’ Worldview: [Alert: Code language for a “rebellious ni**er” follows.]  “What if [Obama] is so outside our comprehension, that only if you understand Kenyan, anti-colonial behavior, can you begin to piece together [his actions]?”

President Obama and his PR team did “con” the public during the last campaign – thus criticizing and lambasting what has taken place since then is appropriate, within warranted dissent and protest.  But, this level of endless “pals around with terrorists” counter-campaigning from the far-right represents the lowest level of gutter slime.  Obviously, the republicans are so mad in their quest to return to power (a power Obama has given them anyway by means of appeasement, and by being a Blue Dog champion) that they will never stop their talking points propaganda charade/parade – no matter what it takes.

The following related headlines (and a link) further represent how far they are (ACTually) willing to go in fomenting hysteria:

GOP Members Were Pushing Me To Advocate ‘Civil Uprising’

Rick Perry Won’t Give Up On Secession / Texas Secession Now

Another fair and balanced summary: (It would be “authentically dishonest” to summarize them, and their goals, in any other way.)
“I think [they] worked very hard at being [people] who [are] [immoral], [unreasonable], [extreme], [rigidly polar], transparent, [and] accommodating [to fellow neocons, regardless of offense] – [all] of which [is] true.”  “In the [Pravda] tradition, [they were just] being the [people] [their puppet masters] needed [them] to be in order to achieve the position[s] [they] needed to achieve.”

Chuck Norris: “What does it take to get Gina and I off our ranch in Texas.  An act of Congress?  No Way.  What it takes is God or Glenn Beck.”  Glenn Beck: “You can’t convince me that the founding fathers wouldn’t allow you to secede.”  And, let’s not forget: Palin Pals Around with Secessionists: