Matthew 19:24
And again I say unto you, It is easier for a camel to go through the eye of a needle, than for a rich man to enter into the kingdom of God.

The key is a question: Why?  Without understanding why (where various paths are available for realization), one may acknowledge this passage, yet, never actually care about, or learn (or live) the message – as (a cored) truth.  Thus, for most of them, those who do not righteously seek, and those whose silver-spooned existence since birth has deprived (both by choice and obscured nature) even their imaginations of what the burdens are, of what those burdens lead to for the poor, their paths are essentially predestined in opposition – to discovery, to the answers.

In further exemplification, the latter denials (still) serve to fulfill the most destructive self-serving delusions (and repercussions):

Matthew 21:12-13
And Jesus went into the temple of God, and cast out all
them that sold and bought in the temple, and overthrew
the tables of the moneychangers, and the seats of them
that sold doves,
And said unto them, It is written, My house shall be called
the house of prayer; but ye have made it a den of thieves.

In the present, a “rich” “den of thieves” persists in maliciously premeditated mockery – but not only in “house[s] of prayer”; for now, their soullessly hoaxed ideology (as if a religion in itself) has been firmly planted (“that, if it were possible, they shall deceive the very elect”) in media and coordinated governmental campaigns worldwide.  To them, as they believe, their time has come.  To those on the outside (of earthly mansions), watching, suffering, and rising (spiritually), many know that this very history was written of – thousands of years ago.  While witnessing the onslaught, their beliefs and convictions (in sacred justifications) will also never falter through these prophesied progressions: “out of great tribulation,”  “Here is the patience and the faith” – “in their foreheads” (though, at certain times of calling and duty, also written on their sleeves). 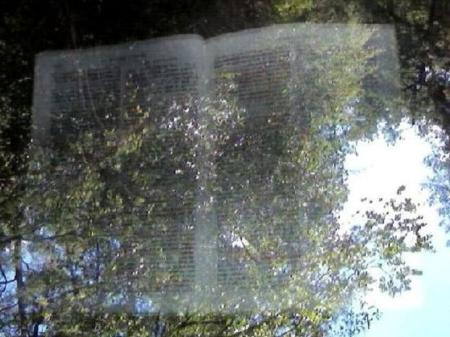 The Resurrection of Ralph Reed

Blessed are the Meek or To Hell With the Poor?

An Article for All Times: Is It Now a Crime to Be Poor?
“It turned out that Mr. Szekely, who is an ordained minister and does not drink, do drugs or curse in front of ladies, did indeed have a warrant — for not appearing in court to face a charge of ‘criminal trespassing’ (for sleeping on a sidewalk in a Washington suburb).  So he was dragged out of the shelter and put in jail.  ‘Can you imagine?’ asked Eric Sheptock, the homeless advocate (himself a shelter resident) who introduced me to Mr. Szekely.  ‘They arrested a homeless man in a shelter for being homeless.’”

Wholly Related: Do the crime, pay for the time, as in $90 a day
“Sheriff Joe Arpaio . . . makes prisoners sleep in tents in 100-degree-plus heat.  Earlier this year, he announced that inmates would be charged $1.25 per day for meals.  His decision followed months of food strikes staged by inmates who complained of being fed green bologna and moldy bread.”  “Sheriff Arpaio, who makes inmates wear pink underwear to increase the humiliation factor, also taps prisoner accounts.”  “The money was to be collected by seizing cash in their jail accounts or by filing lawsuits.  The proposal also would have denied parole to those who could not make payments after being freed.”  “’It makes no sense to release people with $25, a bus ticket and $40,000 in reimbursement fees,’ she said.  ‘Saddling people with thousands of dollars in debt is contradictory to helping someone become a functioning member of society.”‘

With so many millions of us without health insurance (or even the ability to afford it), something had to give.  Right?  Well, remember all the promises during last year’s campaign?  Solutions!  Solutions!  “Health care for all!”  I, for one, sensed a disaster – for the POOR.  Why?  The stage was being set with proclamations of “mandatory” requirements for citizens to buy Private Policies.

And here it is: House Democrats Unveil Plan For Health Care Overhaul “House Democrats on Friday answered President Obama’s call for a sweeping overhaul of the health care system by putting forward a . . . bill that would require all Americans to obtain health insurance. . . .”

Senators Durbin, Leahy, and Schumer: “We support a Public health insurance option that would foster greater competition in the marketplace.”  Does the word “option” mean we may choose to participate?  Or, will we find ourselves forced into making a choice between only two options?  “This month, Congress is working on new reform legislation that will make quality health care available and affordable for all Americans.”  Multitudes who were looking to you to actually provide health care through a Universal (Single-Payer) system will wonder where you discovered figures somehow making this “affordable,” since, to them, you are about to put so many on the street.  “The whole reason for health insurance in the first place is to spread costs among as large a group of people as possible, so we all pay a reasonable amount for quality health care….”  Again, “a reasonable amount,” – just where and how did you come up with those figures?  How “reasonable” do you think a man or woman grossing $23,000 a year will consider it?  Any chance they, or even husbands and wives grossing $34,000, might prefer health care – as provided – at no cost – as opposed to being required/mandated (like car insurance – where you get fined without it)?  We know the covers, like “for those making under a certain amount, it will be free.”  Yeah, and that’s how it all starts.  Later, the gates widen with a “reasonable/affordable” co-pay – even for the minimum-waged.  Further on, it becomes only rational, within “personal responsibility”: Even they (the poor) should work out payment plans when the time comes to cover those new “deductible” requirements/mandates.

Of our citizens, 63% support a Universal/Medicare-for-All/Single-Payer system.  It’s the Will of the people.  Obama has the presidency – and a majority in Congress.  There are no tactics, or waves, of propaganda that would have arrived in this battle which could not have been overcome.  And still, they did not have their own Will – to stand up.  Instead of fighting (all the way) – primarily for the people, the weak-kneed cohorts cowered (once again) in the face of corporate and politically minor powers.

Can you afford this?  “Not our problem.” Are you at or below the middle class?  “Sorry (bootstraps).”  Are you Poor?  “Again, sorry (get a third job). Furthermore, if you are poor (or, whatever class) and this ‘Mandatory’ Bill is enough to be seen as a death knell (since you absolutely and literally cannot afford another bill), do you think we care?  No.”  Why?  “Because, hey, we’ve solved the health care crisis! Now, everyone will have health care!  Get it?  We are heroes.”  Yes, many millions of us will get it, eventually – as the sounds of those final nails in our coffins are pounded (for our own good).

Update (06/25): “Health Care Reform Bill Price Tag Goes Down.”  How?  “Senate Finance Committee members said they found $400 billion in savings earlier this week, largely by reducing the amount of subsidies for low-income people to buy insurance.”  It’s only the beginning.  Prepare your bootstraps and find those third jobs.