Keepers of The Light

“Accidentally Revealed”: And, Britain just “inadvertently” ignored a UN Human Rights ruling that Julian Assange was “being arbitrarily detained in violation of International Law.”  And, soon, he will be “interrogated” with (more) “enhanced” measures (tortured further) – for as long as it takes.  Then, (controlled) Leaks will provide details of all his (False) confessions.

But, again (and again, and again), these types of global repercussions often happen with “simple copy-paste error[s].”

The question: Where are we? 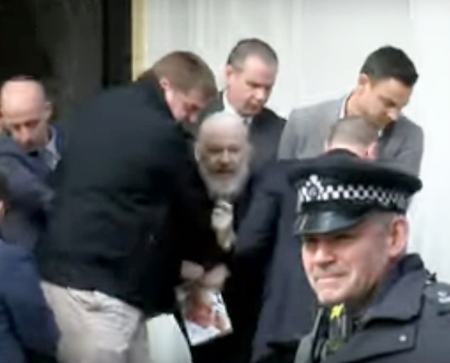 [See] Obama’s head of the Office of Information and Regulatory Affairs where, among other things, he [was] responsible for “overseeing policies relating to privacy, information quality, and statistical programs.”  In 2008, while at Harvard Law School, Sunstein co-wrote a truly pernicious paper proposing that the U.S. Government employ teams of covert agents and pseudo-“independent” advocates to “cognitively infiltrate” online groups and websites – as well as other activist groups – which advocate views that Sunstein deems “false conspiracy theories” about the Government.

In Memory of Arron

This entry was posted on Saturday, October 27th, 2018 at 12:57 PM and is filed under Awakenings, Censorship, Inspirations, Remember, Seek, Spiritual, Truth. You can follow any responses to this entry through the RSS 2.0 feed. You can leave a response, or trackback from your own site.

14 Responses to Keepers of The Light